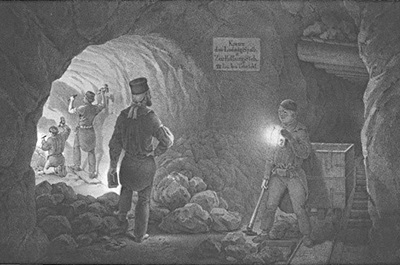 Images of Skarbnik
Unfortunately it is really difficult to find contents in English about this fascinating and deeply-rooted character, but the words in the video say (from 0:14) -images of silesian daemon - sculpture by Tomasz Wenklar in Chudów castle - scenes in historical parade in Tarnowskie Góry town

Beliefs of miners, not inly in Poland